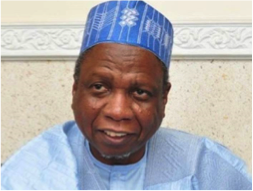 Chairman, Board of Directors

He holds an undergraduate degree in social science with a specialization in government and a master’s degree in public administration with a specialization in public finance from Ahmadu Bello University, Zaria. Mr Ahmed holds several honorary doctorate degrees, and has served in several notable position in the cabinet of the Federal Government of Nigeria. Amongst which includes, the Head of Civil Service from December 2000 to July 2007, the Minister of Defence from July 2007 to September 2008, and Secretary to the Government of the Federation of Nigeria from September 2008 to May 2011.

Furthermore, Mr Ahmed has been the Chairman of the Board of Directors of Industrial and General Insurance, Plc. since 2016 having been on the Board as a Director since November 26, 2014. 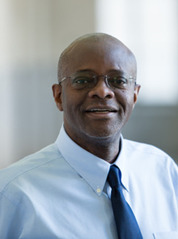 Vice Chairman, Board of Directors

He is a Nigerian academic whose research and teaching focuses on African political and social history and comparative politics of African states. His scholarship has been primarily influential in Nigerian history and politics. He is the Alfred Sargent Lee and Mary Ames Lee professor of African Studies at Amherst College.

Prof. Vaughan earned a B. A. and M. A. in Government & Politics at St. John’s University in 1980 and 1983, and a PhD. In politics from Oxford University in 1989. While at Oxford, he was a student of three distinguished Africanists, historian Anthony Kirk-Greene, historian Terence Ranger, and political sociologist Gavin Williams. He was assistant professor, associate professor, and professor of Africana Studies & History at State University of New York, Stony Brook from 1990 – 2008. At stony Brook, he was also associate provost, associate dean, and directed the International Studies Program and the College for Global Studies. He was the Geoffrey Canada Professor of Africana Studies and History at Bowdoin College from 2008 – 2017, where he helped build an innovative interdisciplinary program in Africana Studies. He is a senior editor of the Oxford Research Encyclopaedia of Methods, Sources, and Historiography in African History, co-editor of Routledge handbook on Contemporary Nigeria, associate editor of the Oxford Research Encyclopaedia in African History, a member of the advisory board of the Woodrow Wilson International Centre for Scholar’s Africa Program, and a member of the editorial board of the Journal of Nigerian Studies.

Prof. Vaughan’s scholarship revolves around five interrelated themes in African historical and political studies: traditional socio-political structures in modern African states; state-society relations and political legitimacy in Nigeria; development and governance in Africa states; globalization and migration in Africa; and religion and governance in African states; globalization and migration in Africa; and religion and state formation in Nigeria. He is the author and editor of ten books and over fifty scholarly articles, including Nigerian Chiefs: Traditional Power in Modern Politics, 1890s- 1990s, considered a seminal work on the study of traditional authorities in contemporary African states, Religion and Making of Nigeria, an acclaimed work on the foundational role of Christianity and Islam in the formation of the Nigerian state and society, and Chiefs, Power, and Social Change: Chiefship and Modern Politics in Bostwana, 1880s – 1990s. His articles and reviews have appeared in scholarly journals such as the Journal of African History, African Affairs: Journal of the Royal African Society, Journal of Asian & African Studies, Politique Africane, Journal of Commonwealth & Comparative Politics, American Historical Review, Journal of Modern African Studies, Canadian Journal of History, Canadian Journal of African Studies, African Studies Review, and The International Journal of Politics, Culture, and Society.

He is the recipient of major research and teaching awards including a Woodrow Wilson National Fellowship, a Woodrow Wilson Public Policy Fellowship, two Ford Foundation Research fellowships, Distinguished Scholar’s Award, Association of global South Studies, and a State University of New York Chancellor’s Award for Excellence in Teaching. He also serves as co-trustee of Omolewa Nursery & Primary School, a leading private elementary school in Ibadan, Nigeria, his late mother Gladys Aduke Vaughan (Otun-Iyalode of Ibadan) founded in 1962. The Olubadan of Ibadan Land (the traditional ruler of Ibadan in Nigeria) awarded him the honorary traditional title of Aare Onigege Ara of Ibadan Land for his research work in African studies in March 2017. 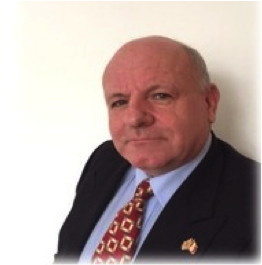 He brings 43 years engineering management experience to the board. Greg is a graduate of London Business School where he obtained an M. B. A. and the City University of London where he graduated with a 2/1 in civil engineering. He is an international business development expert with cognizant achievements in mergers and acquisition. He has worked on large institutional developments representing major international companies in the United Kingdom, Middle East, Asia and Africa. He has built a very strong regional knowledge of Middle East, & Far East including major players/ contacts and relationships with major private clients, government officials and members of ruling families. Previous experience involved developing personal networks in Latin America, North & West Africa and Far East over 20 years from bases in Dubai, Hong Kong, Singapore, Kuala Lumpur, London, Lagos, Lima, Santo Domingo, & Miami. He was involved in the successful negotiation and financial closure of some major projects around the world, including a $188m US Exim Bank financed Bulk Water Supply Project in Dominican Republic, a $450m 400MW IPP Power Project in Colombia, establishment of a Private Water Concession company in Brazil with Anglian Water and helping secure the Construction Management contracts for $5bn of Projects including Euro Disney in Paris and Canary Wharf Development in London. 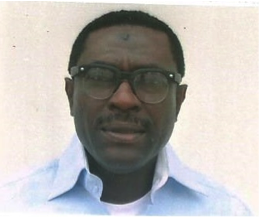 He holds a B.S.C.E. from Prairie View A&M University, Prairie View, Tx, and M.Sc.(Construction) from Columbia University, NY, NY. Olabode has thirty-one (31) years’ cognizant experience in the practice of engineering, procurement and construction, as well as business development worldwide.

Olabode was listed in the Who’s Who Among Students in American Universities and Colleges(1987, 1988); is a member of the Tau Beta Phi Association, a US based engineering honor fraternity (1988); a member of the American Society of Civil Engineering, and Nigerian Society of Engineering; and is registered with the Council of Regulation of Engineering in Nigeria. He has interest in several companies offering services in agriculture, aviation, construction, housing, oil & gas, and ICT sectors of the Nigerian market. 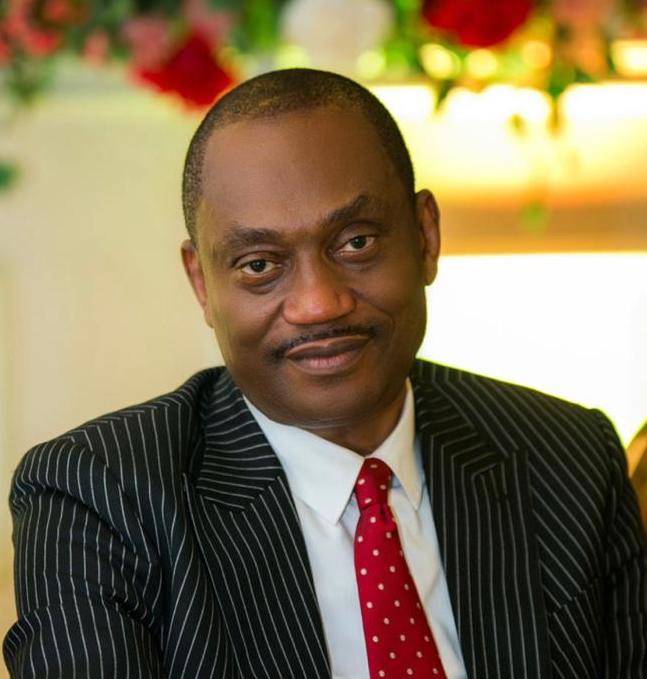 He brings 39 years legal practise experience to the board having being a Barrister of both the Inner Temple London UK and the Nigerian Law School. Alhaji Edewor has specialised in advisory, mergers and acquisitions and joint venture practice for international energy, oil & gas as well as marine and shipping sectors. He has interests in several companies amongst which are Cresent Height Insurance Brokers, Aquafront Limited, Trojan Offshore, Horizon Oil International Limited, DGS Energy W/A Limited, SASSSOM Group and 9mobile Telecommunications Ltd. 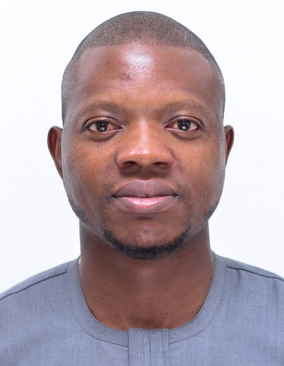 Femi brings 13 years of entrepreneurial development expertise to the Board. A graduate of the Obafemi Awolowo University, Ile-Ife where he obtained an M. Tech(IT) and the University of Ibadan, Ibadan where he obtained a B. Sc.(Hons) – Physiology, he has continued to broaden his horizon as he builds a strong career in information technology. Femi is a co-founder/COO of eClat Healthcare Ltd, - a health information systems company which recently underwent a successful capitalization in the Nigerian market. 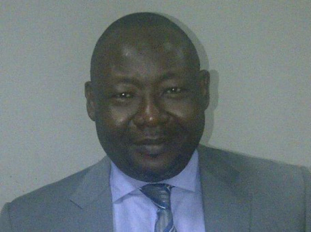 He brings 32 years business development and marketing experience to the board. Adetunji is a graduate of the University of Ibadan, Ibadan where he obtained an M. M. P. (Managerial Psychology) and Ogun State Polytechnic, Abeokuta where he graduated with Upper Credit in Marketing. Adetunji is an experienced corporate administrator with strong skillsets in strategic commercial thinking and brand enhancement strategies. 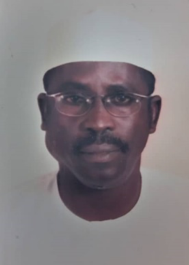 He has served in several notable position in the Federal Government of Nigeria working as a professional accountant in several Northern Nigerian Development Company (NNDC) establishments. He was appointed a Board Director at the Port-Harcourt refinery, Chairman – Upper Niger River Basin Authority, and presently Governing Council Member, Kaduna Polytechnic. 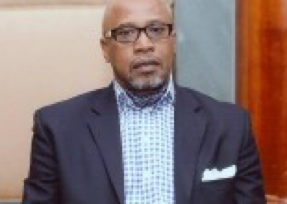 Having served in the cabinet of the Federal Government of Nigeria as SA in the Presidency, he brings 35years experience to the Board. He is an international trade and management consultant with cognizant experience in the practice of marketing, public relations and management worldwide. He has an MBA from American University, Washington DC and B. A. From SouthEastern University, Maryland.